Established in Antwerp in 1987, Payoke was the first anti-trafficking NGO in Europe. Since then, Payoke has come a long way. But human trafficking is a complex and ever-changing phenomenon, as traffickers find new and more efficient methods to exploit their victims and operate under the radar.

We continue to hone, refine and improve our services and initiatives. We are committed to perform both efficiently and effectively and to be flexible enough to adapt with ingenuity and creativity to the challenges of the future.

Scroll down for a time line. 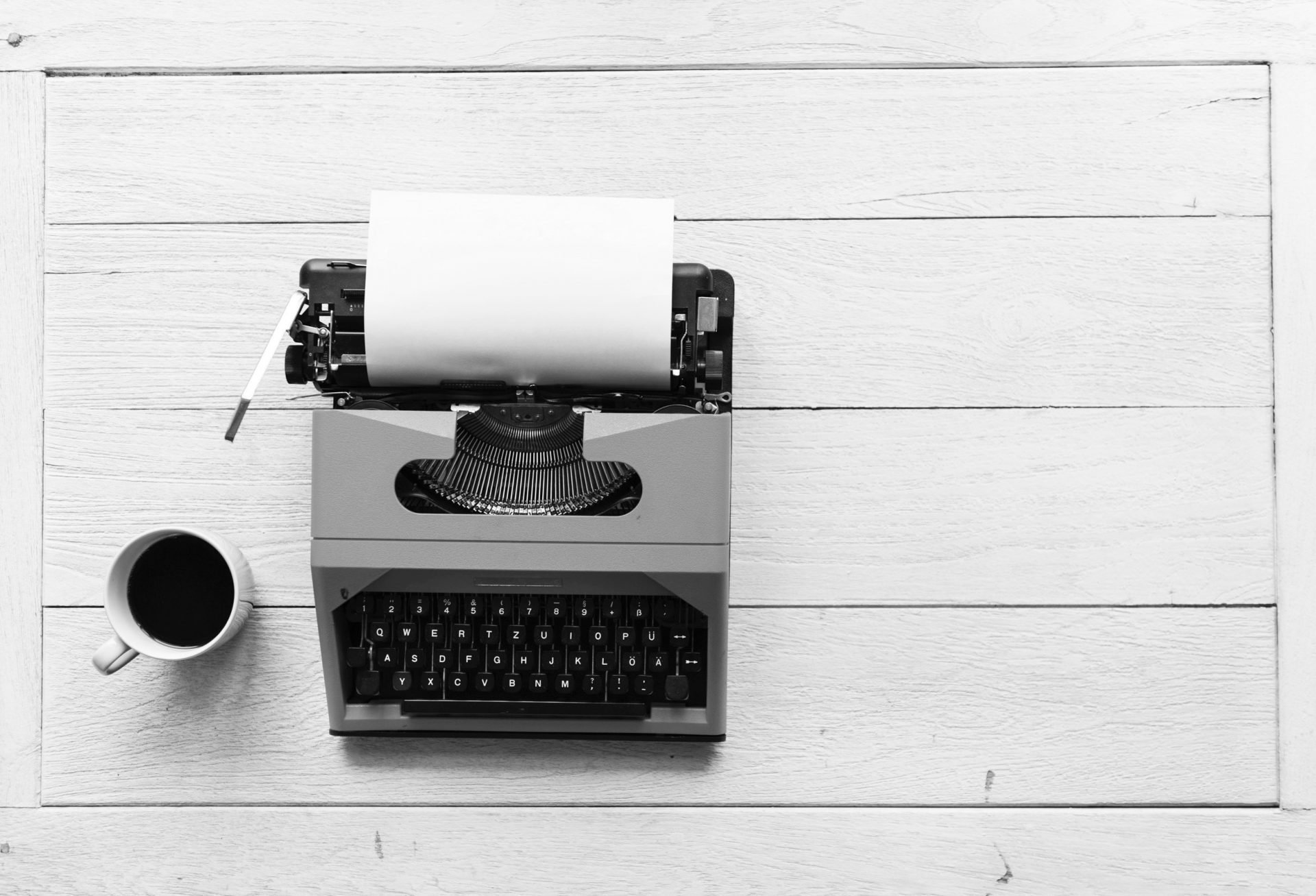 In 1987 prostitutes, regardless of their origin or working conditions, were not given any serious consideration. Prostitution was regarded merely as a “profession”. Patsy Sörensen, then a teacher and artist with profound political engagement in her neighbourhood, started paying attention to the coercion behind the appalling conditions in which these women and girls were forced to live.

Initially the assistance she offered to prostitutes took the form of a room in her private home, where they could have a cup of coffee in a cosy, homey environment. It was a place to relax, talk openly and be listened to. The first NGO in Europe to help and rehabilitate prostitutes was born in 1987 at an Antwerp kitchen table.

At the outset, Payoke offered practical support. Patsy gave the girls refuge in her own home with no funds but her own, while struggling to provide them with some kind of recognition as victims of coercion and inhumane treatment. When she discovered that these girls were merely pawns in large criminal networks, she focused on a new holistic approach, offering professional psychological and social counselling, protection, anonymity and legal assistance to bring the perpetrators to justice.

In 1992 a book entitled “They are so sweet, Sir” by Belgian investigative journalist Chris de Stoop revealed to Belgians that a hideous crime aimed at the exploitation of women and girls existed right in their backyards. Amidst national indignation, the only organization addressing the problem turned out to be a minor NGO from Antwerp. King Baudouin, shocked by the idea that slaves were living in his country, decided to visit Payoke, the only place where he could show his concern.

At the end of 1993, the readers of Elga awarded Patsy a prize for ``De Gouden Sanseveria``. Many celebrities attended the ceremony at the Astoria hotel in Brussels, including Paula D'hondt, Nelly Maes, Vic Anciaux and Marijke Van Hemeldonck. It was a testament of appreciation for all the pioneering work that Payoke had done in the previous years.
Patsy’s work is echoed internationally and she travels to the Philippines on behalf of State Secretary Erik Derycke, a country of origin of many victims found in Belgium. She meets with local governments and NGOs to develop cooperation modalities to prevent trafficking in women.

Based on the conclusions of a parliamentary commission, a national policy to fight trafficking in human beings was adopted. It featured a coordinated inter-agency approach involving the judiciary, law enforcement, social services, and rehabilitation centers. Payoke also highlighted the importance for victims to be granted a residence permit to legally stay in the country when their traffickers are under investigation and trial, and, whenever possible, even after. The so-called “Payoke’s scheme”, reflected in a Belgian Law Decree of 1994, has since been adopted by other countries, and it is now considered best practice in counter-trafficking legislation throughout Europe.

Belgium had developed a multi-disciplinary support system for victims of human trafficking 10 years before Europe reacted to the phenomenon. Not bad for what had begun as kitchen talk in Patsy Sörensen’s house !

In 1994 and 1995, Payoke’s mandate was officially extended, allowing the organizations to act as plaintiff against traffickers in court proceedings.

In 1995 Patsy is elected alderman in Antwerp. Her new position entails a lot of change for Payoke, as she has to step down from the role of Director to avoid conflicts of interest. On the positive side, her new role ensures better coordination with the local government.

In 1996 the debate around prostitution runs high in Antwerp. Payoke is right in the middle of the line of fire and tries to play a mediating role between local residents, prostitutes, politicians and traders. The dramatic events of the Dutroux affair were the confirmation that the organization.

In January 1998 the Brussels newsweekly The Bulletin publishes an article about Payoke. Immediately the English speakers of the capital also know 'Patsy, the prostitutes' friend'. It is the run-up to an eventful year where the difficulties are not out of the blue again. Payoke celebrate the tenth birthday of its legal establishment. During a press conference, the association proposes a policy plan to solve the prostitution problems in the skippers' quarter.

In 1999 Patsy resigns as alderman from the city of Antwerp and enters the European Parliament. She can now resume her duties as chairman of Payoke. This means great support for the association at a time when there is an open confrontation with criminal networks. Patsy is recommended by the police to wear a bulletproof vest. The criminals try to bring her to her knees with intimidation because of her denouncing the business of forced marriages.

Into the new century

A reception for Members of the European Parliament is organized by Payoke in January 2000. For most of them, this will be the first direct contact with victims of human trafficking.It is an important shift for rapporteur Patsy Sörensen, as discussions in the women's rights committee become much easier. In the end, her draft report is tabled at the plenary session of the European Parliament in Strasbourg on 13 April and will eventually lead to a European directive.

In the same year, Payoke launches the “Coffee project” where victims of human trafficking could, under supervision to ensure their safety, meet other disadvantaged people over coffee, to encourage social interaction and solidarity.

Moral support from the King

The organization is gaining international recognition and participates in countless international events. On a European level, Payoke advocates close cooperation and harmonization of immigration and criminal legislation. Payoke participates in two EU-funded DAPHNE projects. It is also part of the Belgian delegation to the United Nations for the discussion of the Beijing +5 process.

King Albert's speech to the governments of the country on in January 2001 deals entirely with human trafficking. In his speech he recalls the articles by Chris De Stoop that gave rise to a visit to Payoke. The prince says, among other things: 'Let us efficiently fight the criminal mafia gangs that organize human trafficking, drugs, the arms trade and money laundering. For us, this includes Albanian mafia who, according to the Senate Committee, are particularly cruel and brutal. `` The words of the king mean a moral support for all Payoke employees and an appreciation for the difficult circumstances in which they have to work.

A major milestone in Payoke’s work, in cooperation with IOM, was the adoption of the Brussels Declaration on human trafficking in 2002 and subsequent May 2003 Council conclusions on the declaration which effectively introduced a new policy framework for the EU's efforts to curb human trafficking on many fronts and led to the establishment of a Commission expert group on people trafficking. At local level, Patsy can be proud of what her organization has achieved over the years because the number of exploited prostitutes has been reduced by 80%.

By the end of 2006 EU Member States are required to transpose the 2004 directive on trafficking into their legislations. It is a major achievement for Patsy and her team after years of hard work and perseverance. The more so because this model is largely based on the Belgian model, which serves an example for the entire EU. It is therefore not surprising that Payoke still faces threats directly or indirectly from the criminal networks. It is the best proof of the effective functioning of the law. However, it remains a psychological burden on the shoulders of Payoke staff.

Patsy and Payoke have been one of the driving forces beyond Belgium’s recognition of victims of economic exploitation and of more serious forms of human smuggling, which makes our national legislation unique within the EU and beyond.
The Belgian interdepartmental unit against human trafficking brings together key stakeholders such as the judiciary, police, immigration affairs and the social sector. There is the notion of the 3 P’s for fighting trafficking, being prevention, protection and prosecution. In 2009, scholars and professionals introduced the 4th ``P``: ``partnership``. We at Payoke have recognized its importance and put it in practice since 1992.

For the last few years Payoke has been active in fighting the phenomenon dubbed “loverboys”. Loverboys are pimps who use charm, gifts and drugs to prey on vulnerable girls, often minors, pretending to be in love and luring them into the prostitution business. Payoke works with governmental and non-governmental partners to put the topic on the national agenda and to set up a dedicated shelter for victims in Belgium.

With the dramatic increase of migrants reaching the shores and boundaries of Europe, today we also face pressing migration-related human trafficking challenges.

Moreover, we focus more and more on trafficking for the purpose of labour exploitation. Labour exploitation has been on the rise in Belgium and elsewhere and it is particularly complicated to tackle due to the significant size of the informal economy in certain sectors and the high number of victims involved.